Danish 'How are you?' survey provides a good sample for mental disorder research

Denmark, similar to several other countries, benefits from nationwide registers of routinely collected data. This includes information collected on the entire population during hospital visits and when buying prescription medication. While this data is all anonymized, it is possible to link all the data from each individual. This is hugely valuable for health researchers, like us. However, this routinely collected data does not provide good information on several factors relevant to health, for example smoking habits, alcohol intake, diet, or over-the-counter medication use. Surveys tend to be better at collecting this kind of data, and can be linked to the registers to add to the information available.

However, while health surveys are useful tools for collecting data about people’s physical and mental health, their reach can be limited. They are not very effective when collecting information from certain groups within the population, for example those in prisons or residential care, or those who have health issues, including mental disorders. This could be an issue if the findings from a survey are used to make statements about the health of an entire population – results that don’t represent everyone can’t be used to describe everyone’s health.

It is possible to “weight” survey responses to ensure that the answers of underrepresented individuals are given sufficient importance when describing survey findings. For example, if we know that a population has an equal number of males and females, but fewer females in the population answer a survey, greater weight can be applied to the female respondents’ answers to ensure that statements about the results reflect the target population.

We combined the data from the Danish registers and the Central Denmark Region’s 2017 How are you? survey (a survey of health and wellbeing among adults in one of the five regions of Denmark), to see how well the survey captured information about people with mental disorders. We found that people with a previous diagnosis of certain mental disorders were slightly underrepresented in the How are you? survey. However, once the survey weights were applied, this was minimal; and when we carried out some analyses within the survey data that we have previously published using register data, results were similar.

While people with mental disorders were slightly underrepresented in the Central Denmark Region’s 2017 How are you? survey, this was to a small extent, particularly when survey weights were used. The survey appears to provide a good sample to carry out research that aims to find out about more about mental disorders in the population. Researchers carrying out surveys do need to consider the possibility that people with mental disorders, and other groups, may not be well captured. While steps should be taken to maximize responses throughout the population that a survey aims to describe, analyses similar to those we carried out can help researchers work out how representative a survey is. 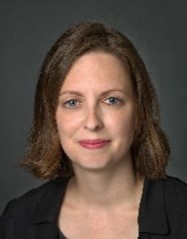 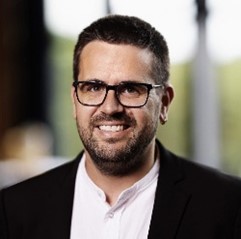