A new study focusing on current methods of counting members of households in the United States has revealed that there are more same-sex couples across households than previously thought.

The research by Professor Peter Brandon and Oleg Ivashchenko from the University at Albany, New York, identifies two of the US government’s premier household surveys, the American Community Survey (ACS) and the Current Population Survey (CPS), as having inconsistencies in counting households which has led to inaccuracies and even conflicting results of the actual numbers of same-sex couples across households. As a result, the study has highlighted that same-sex couples are not yet being accurately represented in national household surveys.

The authors of ‘Counting Households Containing Same-Sex Couples: An Inclusive Approach,’ published in the International Journal of Population Data Science (IJPDS), have successfully identified the problem as issues with the surveys ability to define and measure same-sex households, plus past political interference that hampered progress in attempts to make the necessary changes to these surveys.

Though societal acceptance of same-sex unions has grown, resulting in more inclusive government programs and policies, and expanded legal protections, many governmental agencies and marriage equality advocates remain uncertain about how to identify and count same-sex households. The figures can vary widely. One example of the size of disparities is a household count conducted in 2017 where one survey counted 621,522 households with unmarried same-sex couples, whilst another survey claimed the approximate number of these types of households was 379,737.

It is crucial that future research using these survey data presents accurate and comprehensive counts of same-sex households and explains conflicting, and thus potentially misleading, results.  So, Peter and Oleg have proposed an alternative approach to counting same-sex couples in households, an approach which counts every couple in a household, and not just the head of the household, as is currently the case with the Survey of Income and Program Participation, American Community Survey (ACS) and the Current Population Survey (CPS). Their proposed method provides a more inclusive, defensible and credible count of households containing same-sex couples.

Peter and Oleg state, “We argue that to count all households containing same-sex couples, the household relationship matrix method must be used. This method is superior to others because same-sex couples not heading households are more accurately represented.”

Their analyses, based upon their proposed alternative counting methods, come to two major conclusions that are important for policymakers, and those concerned about the accurate representation of same-sex households and associated economic and social conditions. First, the study showed that there were more same-sex couples across households in the United States than previously thought. Second, based on these results, the US federal government is doing a better job of reconciling the numbers across surveys. As methods of counting have improved, so too has the uniformity of numbers across different federal surveys. The impact and legacy of this study is ensuring a more accurate representation of all same-sex households, thus better reflecting the LGBTQ+ community, and inclusion of all types of households in the United States. 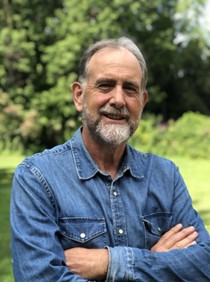