Introduction
Estimating the mortality risk of persons with diabetes can be challenging. Associated conditions such as cardiovascular disease can become the primary cause of mortality and the underlying contribution of diabetes not recorded. Alternative methods to assess mortality risk in people with diabetes would be useful.

Objective
To evaluate an Australian pharmaceutical database to identify multi-morbidity cohorts associated with diabetes and determine mortality rates in these groups using prescription exchange cessation as a proxy event for death.

Methods
Australian Pharmaceutical Benefits Scheme data covering the period 2003–14 were used. Persons with diabetes, cardiovascular diseases and dyslipidemia were identified using Anatomic Therapeutic Chemical codes allocated to their recorded dispensed treatments. People with combinations of these conditions were followed and the last recorded prescription exchange used as a proxy event for mortality. Age and gender specific mortality rates and mortality rate ratios for the multi-morbidity cohorts were then calculated from the number of deaths occurring within 10 years.

Conclusions
Administrative pharmaceutical data can be used to identify persons with diabetes and associated multi-morbidities. Proxy mortality events defined by the cessation of treatment can generate mortality rates, providing an alternative perspective for the assessment of mortality risk.

Pharmaceutical administrative data has been recognised as an alternative data source that has utility in the case definition of people with diabetes [17–20]. In this situation, the records of dispensed drugs used in diabetes may act as a proxy clinical diagnosis [19, 20]. This system was developed in Europe using World Health Organization allocated Anatomic Therapeutic Codes to the prescribed treatments established [19, 20]. This method of classification can also be used to identify other chronic diseases associated with diabetes such as cardiovascular disease and dyslipidemia [20]. As a consequence, there is the potential for pharmaceutical data to case define individuals with diabetes and the associated chronic conditions known to have an influence upon mortality [5, 6, 13].

We aim to provide estimates of age specific mortality rates for persons with common comorbidities associated with diabetes, cardiovascular disease and dyslipidemia, using an Australian pharmaceutical data set and cessation of dispensed prescriptions as an implied proxy event for mortality.

This study was a longitudinal cohort study using linked administrative pharmaceutical data. Defined cohorts included persons with prevalent diabetes, cardiovascular disease and dyslipidemias alone and in combination. These groups of chronic disease combinations were identified by proxy using the dispensed drugs received. The follow up of individuals was achieved by tracking the records of health service provisions and prescription exchanges within the data set. The date of the last recorded service provision or prescription was used to determine a mortality event and quantify survivals.

The pharmacological benefits scheme (PBS) data set published by the Australian Department of Health was employed for this study [21]. The data were selected randomly by government statisticians from the entire current and historical PBS data for the period 2003–14, prior to publication. The information provides an outpatient dispensing perspective of health service users of the Australian universal health-care system which is available to all residents holding a Medicare card [21–23].

This government scheme allows people access to subsidised prescriptions and free health-care in public hospitals. The database provides a comprehensive longitudinal profile of PBS activity for all the people listed and is linked to the Medicare benefits scheme (MBS) data for the same individuals [22, 23].

Supplementary to the local pharmaceutical code of the medication prescribed, associated World Health Organization (WHO) Anatomic Therapeutic Chemical codes were allocated to the class of treatment supplied as an additional field [24].

People are de-identified within the PBS data set as part of the confidentialisation methodology employed by the Australian Department of Health. Individuals are assigned a unique identifier (UI) that is maintained across the longitudinal extent of the data. The UI is also employed for database linkage with the MBS data set. Person co-variables listed in the data included age, gender and state of origin.

Persons with diabetes, cardiovascular disorders and dyslipidemias were identified using an ATC system of mapping chronic diseases to the treatments dispensed to individuals (Table 1) [20]. Prevalent chronic disease cases were ascertained by the exchange of at least one prescription of an associated ATC treatment within a calendar year. Persons with prevalent diabetes, cardiovascular disease or dyslipidemia were initially collected. Post data retrieval, persons with multiple co-morbidities were identified by the appearance of their individual UI in the other proxy diagnostic lists at the start of the study. This enabled the construction of multiple chronic disease cohorts from the available combinations of conditions (Table 2).

The most recent date of a record from either the PBS or the MBS dataset was used to define a mortality event. Mortality was assessed by implication provided the event occurred at least 1 year before the end of the longitudinal extent of either dataset on the last day of 2014. The time to this proxy mortality event was calculated in days from the start of 2004. Censored proxy mortality events included all persons that had a last service or prescription exchange during 2014. These data therefore had the potential to include occasional individuals who may have died during that year.

Age specific mortality rates defined by 10-year age groupings and gender for each of the multiple comorbidity groups were calculated using survival tables generated with SPSS and expressed per 1,000 person years. Mortality rate ratios used published age specific mortality figures from the Australian Bureau of Statistics (2010) for contemporaneous years as the denominator values below the PBS mortality estimates.

Ethics approval for the study was obtained from the La Trobe University ethics committee (S17-198). The construction of this manuscript followed the guidelines recommended in the Reporting of studies conducted using observational routinely-collected health data (RECORD) statement [25].

This study identified 346,201 individuals as having received treatments for diabetes (n = 51,422), cardiovascular disease including hypertension (n = 280,105) and dyslipidemia (n =169,323) during the 2004 calendar year. The mean age of this cohort of 183,940 females (53%) and 162,261 males was 63.3 years (SD 15.1). A total of 86,165 deaths occurred during the follow up period between 2004 and 2014 (33.1%). No causes for the deaths are presented in these results. This analysis displays only the association of chronic conditions, inferred by medications received by persons, ante-mortem, with death implied by the cessation of medical services or dispensed prescription exchanges (Table 2).

Within the study population, persons were categorised into seven combinations of multi-morbidity (A-G) and are presented in Table 2. The median age of persons that survived and died within these multi-morbidity cohorts as well as the crude mortality rate for combined age groups are presented in Table 2. Crude mortality overall was 26.2 (CI, 25.1, 27.2) per 1,000 person years.

Mortality rates tended to be higher in persons with cardiovascular disease (Groups A, B, E and F). The lowest crude mortality rates occurred amongst female persons treated for diabetes alone, dyslipidemia alone and diabetes with dyslipidemia (C, D and G). However, the female diabetes alone group was approximately twenty years younger than the other groups, presenting a potential age-related survival advantage (table 2). Of the individuals that died within ten years of observation from 2004, similar average ages at the time of death were noticed for all multi-morbidity subgroupings (median age 75, IQR 62–88 years).

Age specific mortality for females and males are shown in Table 3. These demonstrate a general trend for lower mortality rates amongst females when compared with males in similar age groupings. Mortality rates were age related and increased in both gender subgroups and multi-morbidity subgroupings (Table 3).

The mortality of persons by multi-morbidity sub-groupings and age sub-groupings showed better survival for persons treated with statins across age groupings more than 35–44 years (Table 3).

A comparison of mortality rate ratios from this study using PBS data for diabetes (types 1 and 2) and similar AIHW data for type 2 diabetes demonstrates reasonable correlation and accuracy for females. However, the PBS derived mortality ratio for males aged 45-75 are higher than those reported in the AIHW study (Figure 2) [1].

People with diabetes are considered to have a shorter life expectancy as compared to those without diabetes [1]. This increased risk of mortality is largely attributable to cardiovascular related causes, a common co-morbidity associated with diabetes [1, 3, 5]. This propensity of individuals with diabetes to develop multiple co-morbidities complicates the understanding of the impact of diabetes upon survival. In a report on deaths among Australian people with diabetes for the period 2009–14, it was recognised that 56% of people did not have diabetes recorded on the death certificate as a cause of death [1]. As a consequence, the influence of diabetes on mortality may be biased by these death registration anomalies.

This study demonstrates the utility of a pharmaceutical based system to identify individuals with diabetes and associated conditions and determine the extent to which the combination of these conditions can influence survival. The quasi-experimental design of the study although using data that is retrospective, follows people forwards in time, and defines death by proxy using the last date of supply for a prescription or a medical service. As a consequence, the identification of people with diabetes is made ante-mortem which contrasts with mortality data arising from death certificates.

The proxy mortality event marker used in this study has been previously applied in clinical experiments and was demonstrated to be of particular utility in persons age >45 [26]. Furthermore, the proxy marker has been useful in the assessment of long-term outcomes following surgical procedures [27, 28]. In this study, reasonable correlation and accuracy of mortality rate ratios was shown in females with similar data from the AIHW [1]. However, males in the age groups 45–74 demonstrated higher PBS derived mortality rate ratios in general. The reason for this disparity is unclear but death registration anomalies reported in AIHW data may be contributory.

The survival estimates using PBS derived data have demonstrated consistent trends. The survival of females compared to males is generally better across all age groupings and multi-morbidity combinations. The addition of statin treatments for dyslipidemia improves the mortality rate and mortality rate ratio of persons with diabetes alone and persons with diabetes and associated cardiovascular disease. This effect is seen across both genders and within the more elderly age groupings.

PBS data is generated from a network of community pharmacies from a wide geographic area with good rural coverage [21, 22]. In contrast, AIHW reports acknowledge that the population coverage may be lower in remote areas of Australia and as a consequence their data may not fully represent this portion of society [1]. PBS and AIHW derived mortality statistics also exclude persons who are able to manage their diabetes without medication with presumed lifestyle changes [1]. As a consequence, this cohort is not included in the calculation of mortality from both data sources.

PBS mortality data provides an alternative perspective of diabetes risk. These data could be used alone or in combination with other data using techniques of triangulation to provide improved mortality estimates overall [29].

The mortality analyses presented in this study identified people with multiple chronic diseases using the medications they received. The categories and mortality events, also defined by implication from medication profiles focused upon the conditions of diabetes, cardiovascular disease with hypertension and dyslipidemia alone and in combination. The potential to assess other chronic disease combinations can be considered, and may be of use in actuarial analyses, generation of life expectancy tables and the prediction of health-care utilisation costs. The technique also has the potential to explore many combinations of other chronic conditions providing they have a therapeutic signature. As a consequence, bespoke mortality risk profiles could be generated for individual persons based upon their profile of dispensed medication.

We consider that the medication received by an individual and recorded within pharmaceutical administrative data can identify chronic disease multimorbidity cohorts and may be a useful tool to estimate mortality risk of persons with combinations of diabetes, cardiovascular disease and dyslipidemia.

We are grateful for the authorisation of the study by the La Trobe research ethics committee. (Approval number S17-177). 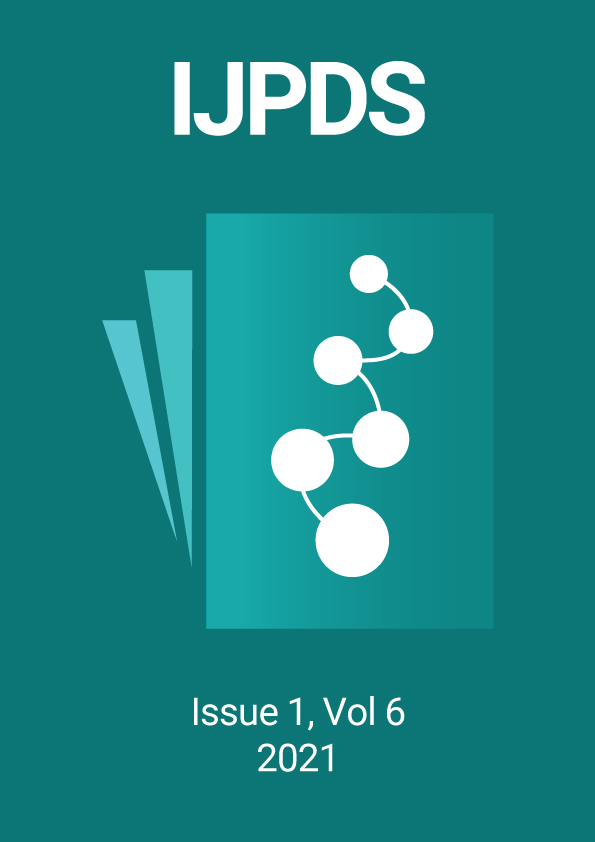